Energy Services of America Corp. (OTCMKTS:ESOA) Under the Radar with Posting Huge Growth

Energy Services of America Corp. (OTCMKTS:ESOA) has been steadily rising since the beginning of the year on a slew of exciting developments. The stock has gained over 50% and close to surpassing its 52-week high of $1.90 and currently trading at $1.74.

Another development was their optimistic forecast for 2016. Backlog entering fiscal year 2016 is $71.3 million which is an increase of $19.5 million or 37% increase over the fiscal year 2015 backlog of only $51.8 million. The company’s president, Douglas Reynolds, stated, “We expect to continue building on the past three year’s success in fiscal year 2016.”

Energy Services of America Corporation is engaged in providing contracting services for energy related companies. The Company serves gas, petroleum, power, chemical and automotive industries. It has a share count of only 13.91 million shares which designates it as a small share float company. 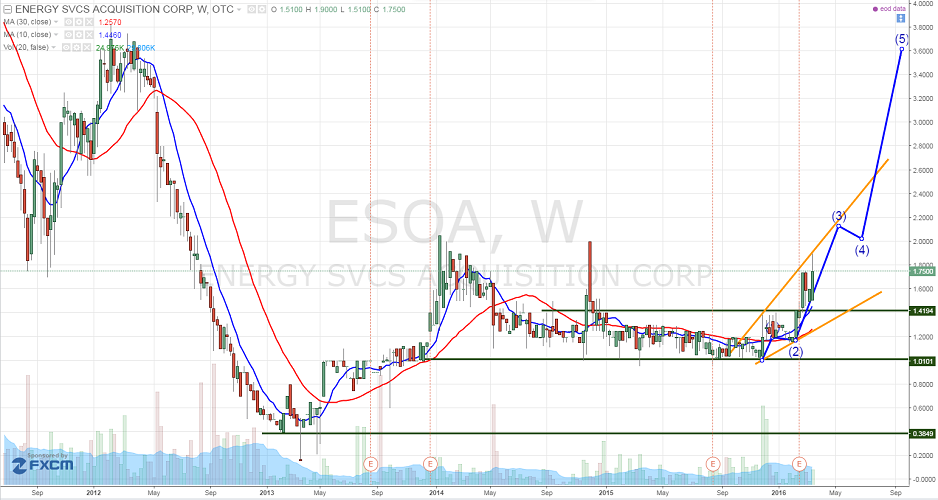 ESOA is currently trading at a $24.2 million market valuation. This company is on the verge of massive growth. Its backlog has grown significantly and continues to post incredible year of year comps. Yet, the share price still has yet to reach record levels despite posting big numbers. In addition, this microcap actually has positive earnings with a P/E ratio of 11.72.

We will be updating on ESOA when more details emerge so make sure you are subscribed to Microcapspot so you know what’s going on with ESOA.

Disclosure: we hold no position in ESOA either long or short at the publication of this article and we have not been compensated for this article.