DragonWave, Inc.(USA) (NASDAQ:DRWI) may be poised for big gains after its most recent developments. The stock has gained 65% since hitting its 52-week low and seems to be making a quiet turnaround. However, there is a lot still up in there air and the stock could be poised to plummet as well.

DRWI recently announced that it had regained compliance for listing on the NASDAQ exchange which is great news for investors. The result of the reverse share split has left the number of shares outstanding extraordinarily small to only 3 million shares. DRWI now has a small share float which could easily cause the stock to surge on any positive news such as a rumored acquisition or positive earnings growth.

Financial performance has seen some improvement in some areas. Revenues have continued declined significantly. DRWI has made improvements in terms of increasing gross margins and reducing expenses. The company has been burning through cash at a rate of approximately $6 million per quarter. It currently has only about $7 million in cash equivalents meaning that it will likely have to raise capital to meet its cash flow needs which typically means shareholder dilution especially for an underperforming company like DRWI. This could cause the stock to plummet given the unfavorable terms financing would likely have.

On a bright spot, DRWI is currently value at $7 million market capitalization which means if it were to liquidate, shareholders would approximately come out even at the current price if DRWI did not pay off its liabilities (unlikely scenario). At any rate, the company has $2.31 cash per share as of its last earnings announcement. DRWI book value has been decimated over the years and continues to fall. At the end of 2014, the book value was $45.75 million and at the end of 2015 it was only at $11.44 million. Unless there are changes, DRWI could be pushed into bankruptcy. 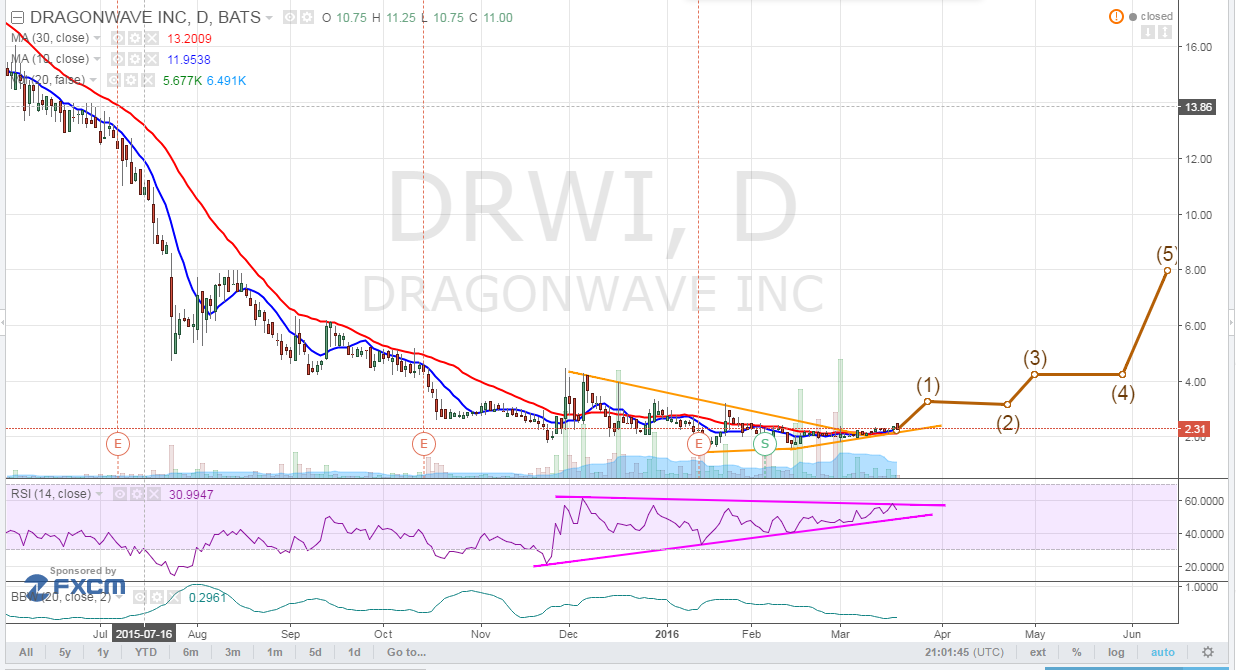 DRWI is currently trading at a $7 million market valuation. The company is burning through cash at an unsustainable rate and will likely need to raise financing soon. Dilution is more than likely if not almost guaranteed. Revenues have been plummeting and book value has collapsed. DRWI needs to make sweeping changes, narrow its focus, and turn arounds its profitability. However, the small share float could send shares flying on a rumor of an acquisition.

We will be updating on DRWI when more details emerge so make sure you are subscribed to Microcapspot so you know what’s going on with DRWI.

Disclosure: we hold no position in DRWI either long or short at the publication of this article and we have not been compensated for this article.